The leaning tower of Pisa.

Ciao from Pisa! HD and I took a day trip to Pisa which is about an hour away from Florence by train. The Leaning Tower of Pisa or "La Torre Pendente" as it called in Italian. 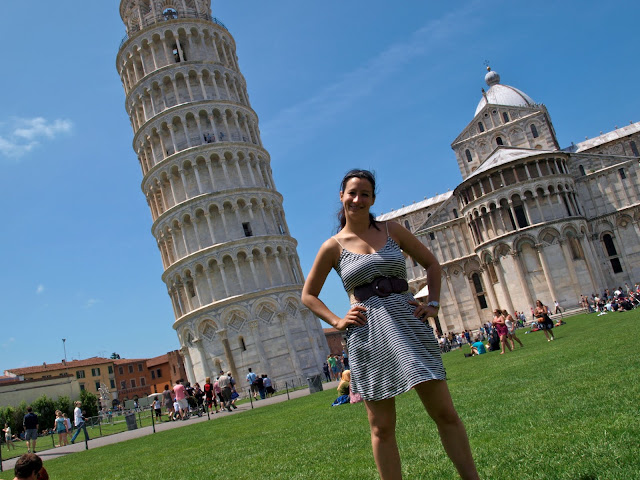 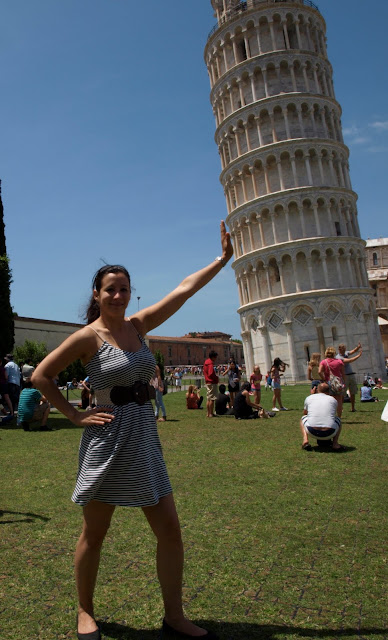 The tower is built on unsuitable ground for such a heavy and tall building. It is only about 6 feet above sea level and built on a riverbed. The underlying ground is made up of layers of sand and clay. The layers are not even and the weight of the building has compressed them. Because the layers are not even, as the ground has compressed, it has sunk more in some places than others. 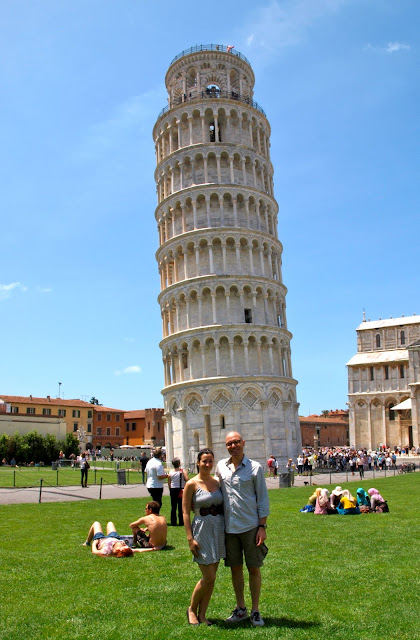 Several plans have been tried over the years to stop the tower from falling. Some of them have been almost disastrous. In 1934 an Italian engineer drilled 361 holes into the base and filled them with mortar. The tower promptly leaned over some more. In 1993 650 tons of lead were hung from the North side of the building to try and stop the lean increasing. For a while it worked.
In 1995, they decided to try and increase the foundations under the South side of the building. They froze the ground using liquid nitrogen, to stop it moving, and then started to remove stones, so they could insert metal rods. What they didn't know was that the stones they were removing were part of the original foundation of the building. That is the nearest the tower has come to disaster. In one night the lean increased as much as it normally increases in two years. They quickly added another 250 tons of lead and decided to rethink the whole thing.
At this point everyone was just about ready to give up. Then a British engineering professor came up with yet another idea. His plan was to remove ground from under the high side, instead of trying to add ground under the low side. In 1999 work began, and was done very slowly, so that the building wouldn't get a sudden shock. At the beginning of June 2001, the work was complete, and the tower had been straightened up by about 16 inches, which returns it to the position it held in 1838. The engineers believe that it is safe for at least another 300 years.
So, if they know how, why didn't they just straighten it up all the way? The answer lies in the tower's name. It is the Leaning Tower of Pisa and just wouldn't be the same if it didn't lean! Some of the residents of Pisa say it would be better to let it fall down, rather than to straighten it all the way. (credit from learninghaven.com)
Posted by Grape Girl at 3:58 PM