Cooking dinner in Florence. Two nights of lasagna and a very special bottle of Miani! 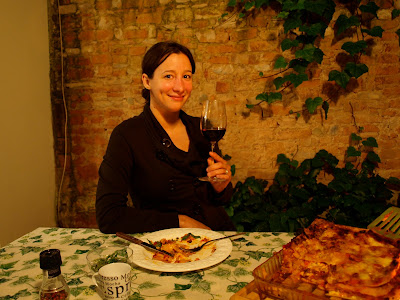 A few nights ago I decided to cook a nice dinner for HD and I. I was inspired to make lasagna because I see it on almost every restaurant menu in Florence. I am always hesitant to order it because I feel it is so Americanized (I blame Garfield comics). The joy about lasagna is that there is always leftovers and we had plenty to devour for two nights in a row!

I would also like to apologize that this post is NOT really a recipe. My Sicilian mother never used recipes. It is always add some more of that or not too much of this. It our household we used what we had and improvised if we didn’t have it.

So here it goes…. 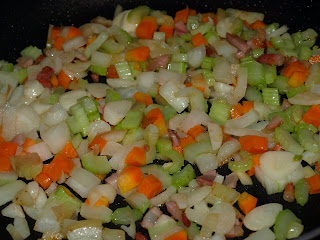 First I chopped up some garlic, an onion, half a carrot, a few stalks of celery, and diced up some pancetta. I tossed it in a hot pan with some olive oil. I sauteed it for about five minutes and added chopped beef and a can of tomatoes. 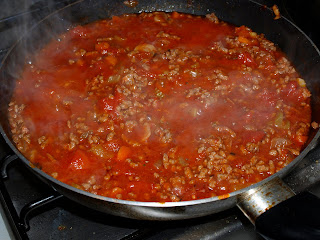 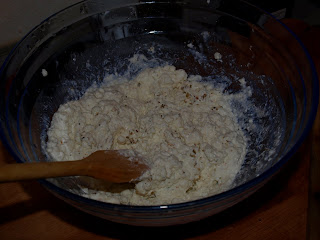 In a separate bowl I added fresh ricotta and seasoned it with salt, pepper, and oregano.

While I was prepping the ingredients I had added dried lasagna sheets to a pot of salted boiling water. 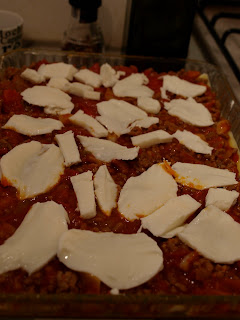 I also sliced up fresh mozzarella cheese and grated some grana padano.
I began to alternate the ricotta and meat between layers of the cooked lasagna sheets. I also added some mozzarella with the meat layers. I topped it off with a final layer of sauce, mozzarella, and grana padano cheese. I baked it for about 45 mins at 350 degrees. 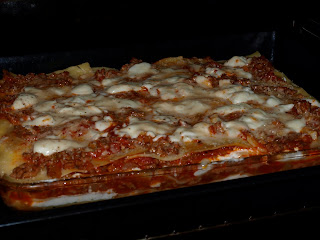 I saved the best for last. The wines! The first night we enjoyed Bucci Tenuta Pongelli (Rosso Piceno DOC) 2008. A blend of Montepulciano and Sangiovese grapes this wine paired nicely with the acidity of the tomato based meat sauce. Herbaceous with supple fruit, this wine from the Marche region was a nice wine to enjoy our meal on the first night. 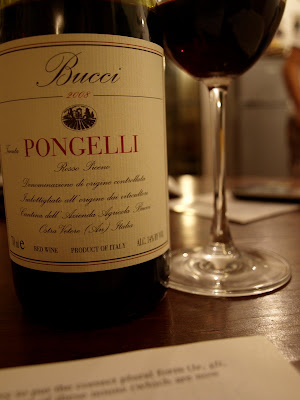 On the second night we stepped it up with the 2006 Miani, Calvari, from the region of Friuli Venezia Giulia. This rare gem is 100% refosco. Big and powerful with smoked meat, clove, graphite and dark cherries. Only two barrels are produced from these pre-world war II parcels which makes it a very special treat. One of my top wines this year! 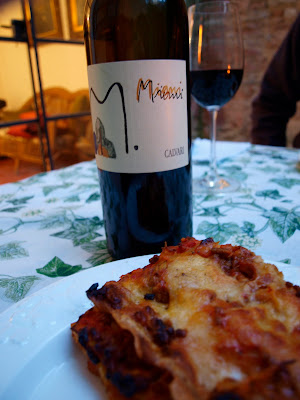